ATCA World is a Global Publication of e2mos

ATCA is The ONLY Standardized Platform for Carrier Grade Telecom System, for Large & Medium Networks (see Mobile Networks in the menu above) 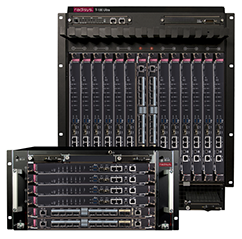 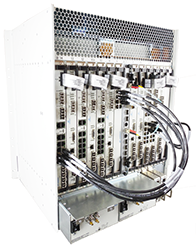 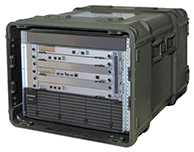 AdvancedTCA, also known as ATCA, is the first open architecture that provides an extremely sophisticated and robust system management architecture that enables High Availability
systems that keep running in the event of individual component or sub-system failure. This also enables “on-the-fly” software upgrades while the system is operating.

The original AdvancedTCA specification was released in January of 2003 and has been adopted by many of the top telecommunication equipment providers. It has expanded its reach into non-carrier grade environments where high processor and I/O density coupled with high system bandwidth are required.

ATCA is the ONLY Standardized Platform for Carrier Grade Telecom Systems, it is the most widely used open standard for global telecommunications infrastructure and is becoming so for a variety of critical military applications. AdvancedTCA is also employed in large-scale physics experiments and ruggedized applications in the military market.

Companies participating in the AdvancedTCA effort have brought a wide range of knowledge of the industry. They include telecommunications equipment manufacturers, board and
system level vendors, computer OEMs, software companies and chassis, connector and power supply vendors.

The specifications provide enough information to allow board, backplane, and chassis vendors to independently develop products that will be interoperable when integrated together. Details include board dimensions, equipment practice, connectors, power distribution and a robust system management architecture that can be used independent of the switch fabric
link technology. Interoperability of system components from different manufacturers is tested regularly through an on-going series of PICMG-sponsored Interoperability Workshops.

The AdvancedTCA community has recently completed and released of a fairly major enhancement to the core ATCA standard. This new specification is known as “PICMG 3.7” or “ATCA Extensions.” It expands the packaging definitions to include dual sided shelves, where ATCA boards can plug into either the front of the back of a double-deep rack and interconnect
through the backplane. In addition to this, the Extensions specification also allows for something called Extended Transition Module (ETM) that is essentially a front board-sized circuit
board that connects to a front board via Zone 3, much like a standard Rear Transition Module (RTM. There are many variations of interconnects allowed, but Figure 1 below gives
a general idea of the concept.

Importantly, PICMG 3.7 provides a much more detailed definition of, and support for,
double wide modules than the original specification. These can support multiple processors,
bigger heatsinks, cheaper full height memory modules, and multiple disk drives on
a single assembly if desired. PICMG 3.7 also defines requirements for typical data center
environments in addition to the telco central office. Double wide modules can support
up to 800W of power dissipation if the shelf is built for that. AC as well as traditional
-48VDC power environments are also supported.

The PICMG 3.1R3.0 – 100GbE ATCA specification has also been ratified.  Driven by
the need for higher bandwidth in mobility, video and security, this effort provided capacity
improvement to the ATCA platform by incorporating 100Gb backplane Ethernet. Backward
compatibility has been maintained. PICMG 3.1 R3.0 updated the PICMG 3.1 specification
to incorporate 100GBASE-KR4 (NRZ) Ethernet signaling with full simulation/characterization
studies to ensure compliance.

for I/O connectivity to

the companion front board blade 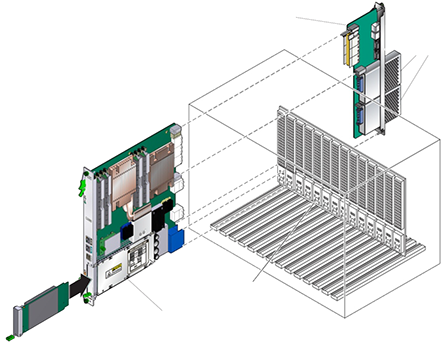 All ATCA Boards (Blades) are 8U Form Factor